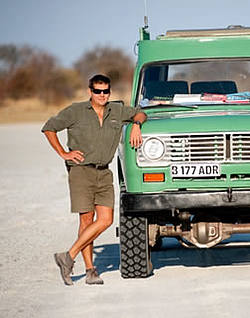 Born in South Africa, Willem is the son of Izak Barnard who founded Penduka in 1963 and the grandson of the notorious outlaw hunter Bvekenya.

A big part of Willem’s childhood was spent in the bush with his father. He inherited Izak’s love of Botswana, its people and its animals. In 1995 Willem took over the company. Willem has a degree in Nature Conservation and is a keen birder and photographer. Having always had a passion for flying light aircraft, in 2004 he got his commercial pilot license and when not on safari has been a pilot and instructor in Maun for the past 10 years. Willem has guided for over 30 years and likes nothing better than a safari expedition to remote parts of Southern Africa. 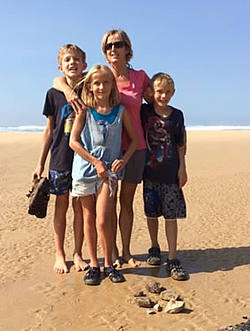 Sally was born and brought up in England and through her love of traveling ended up working as a chef in Lloyd’s Camp, Savuti in 1992. This was her first experience of Botswana and 25 years later it has become home. During the early years with Penduka, Sally spent several years in the bush on safari as a chef preparing gourmet bush food as well as training other chefs and planning menus. Sally now lives at the Penduka’s base in their family home on the banks of the Thalamakane River in Maun and splits her time between managing the office, staff and logistics and running around after their 3 children, Adam, Luke and Sophie. 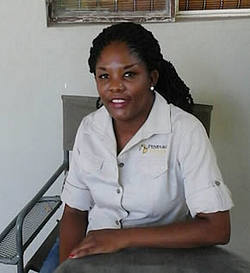 Bontle grew up in Maun and lives here with her family, Bontle is a key member of the behind the scenes safari team, doing everything from the campsite bookings to buying the food for the safaris and so much more!

Bontle has worked for Penduka for 5 years, prior to this she worked for Maun Lodge. In the evenings Bontle went home and studied and in 2015 graduated with a diploma in Human Resources. No matter what challenges a busy day brings Bontle is always cheerful and positive. 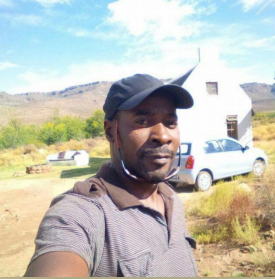 Seagal has worked and led safaris in Botswana, South Africa, and Namibia for the past 25 years.

He was born and raised in the Okavango Delta and a safari with him will leave a lasting impression. Seagal will keep you entertained around the campfire with stories not only on wildlife but on local cultures and traditions. Seagal treats nature with great respect while also bringing it close to his guests on safari. Segal is a freelance guide for Penduka. 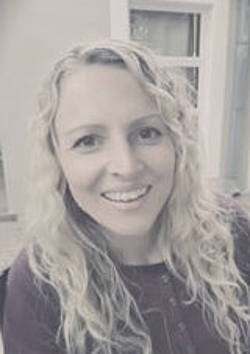 Anne-Mari was born in Otjiwarongo and grew up on a farm in the area. She studied B Com Tourism Management at the University of Pretoria and has been with  Penduka Safaris since 2001.

“I am in the privileged position to be working half day, which gives me the opportunity to spend time with my two boys, my most precious gifts. I love traveling and reading. The Namib Rand Nature Reserve with its red sand dunes and spectacular sunsets is undoubtedly my favourite place in Namibia. The Okavango Delta with its lush green and abundance of water and wildlife is my other favorite destination.” 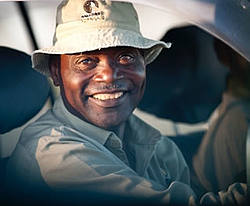 Cowboy was born on Xaxaba Island in the Okavango Delta and spent his childhood around Maun and the Delta helping to look after his family’s livestock. His father gave him the nickname Cowboy because of his lack of interest in school and his love of herding cattle instead. Cowboy first worked for Paul Rawson before he joined Penduka as a guide almost 20 years ago. He has a natural understanding of the bush and it’s hard to beat his eagle game-spotting eye. 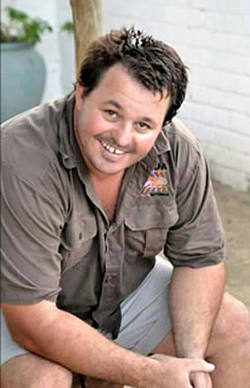 Chris grew up in Botswana and other than school and traveling has never wanted to leave Botswana. Chris’s love of the outdoors and wildlife lead him to take a job with Penduka Safaris at the age of 18. The next few years were spent learning the tricks of the trade, first of all as a driver as part of the backup crew and later as an apprentice guide and finally as a professional guide.

After several years of guiding Chris went traveling to Europe to see how the other half of the world lived. On his return to Botswana Chris hopped straight back into the safari industry to join Soren Lindstrom Safaris. This gave him a lot of new and invaluable experience in the guiding world. 22 years later he is still doing guided safaris and guides for Penduka Safaris on a part time basis allowing him to also spend time with his young family who live in Maun. 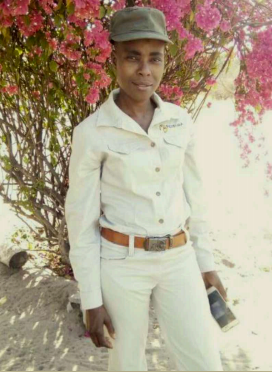 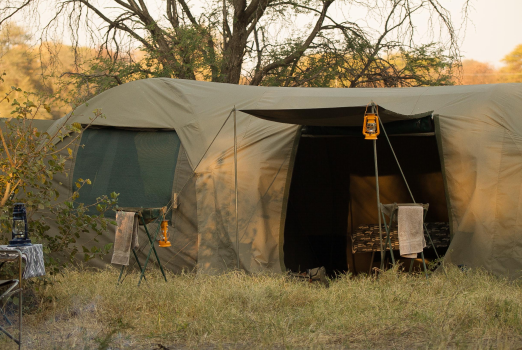 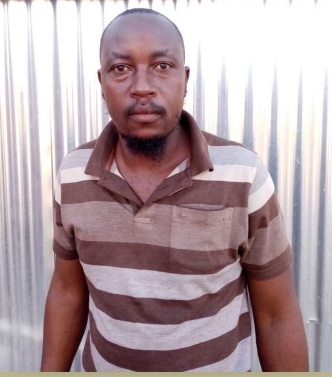 Workshop Manager – In charge of maintenance, rebuilding and refurbishment of our safari fleet. 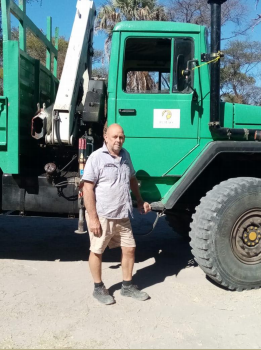 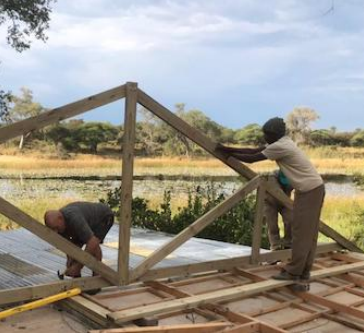 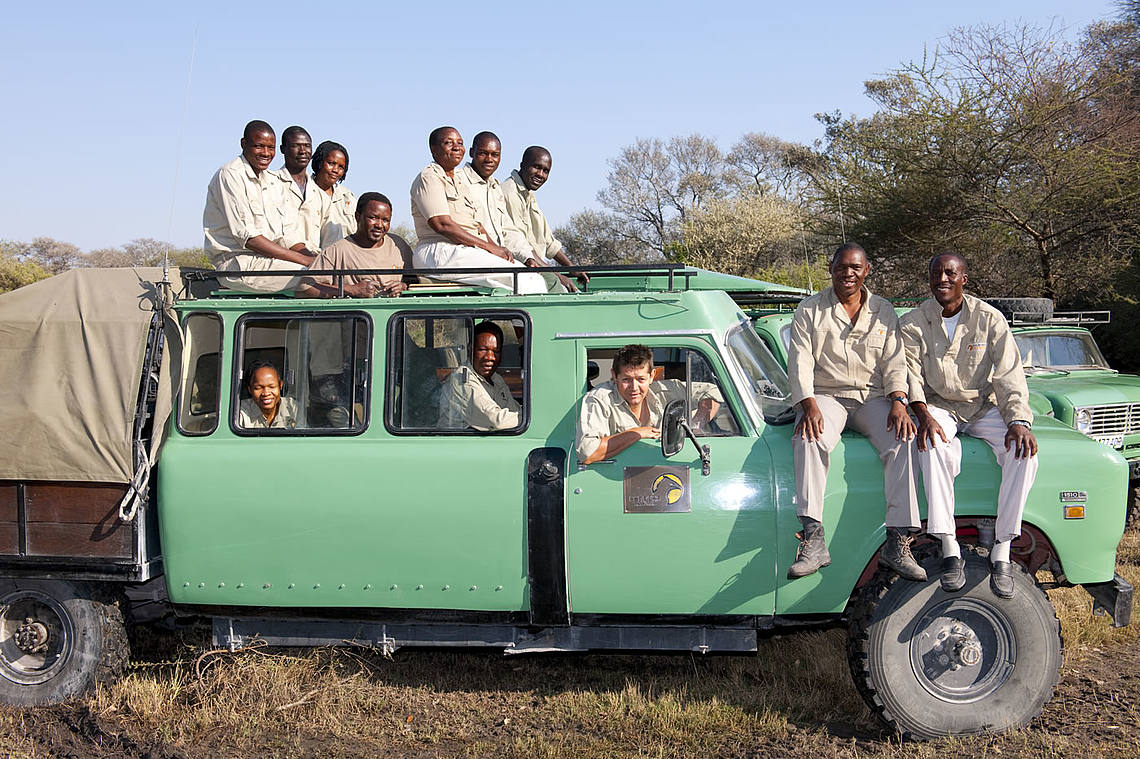