"Both father and son have an extraordinary knowledge on the fauna and flora of Botswana, as well as an intimate friendship and knowledge of the Bushmen of the Kalahari." 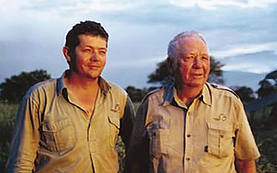 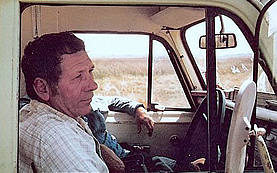 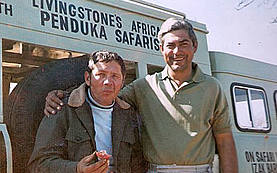 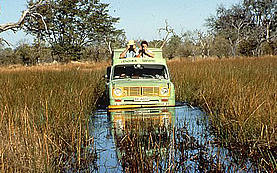 Established way back in the 1960s, Penduka Safaris is the oldest mobile safari company in Southern Africa.

After 50 years in business, the company is a worthy leader in the mobile safari industry. Over time, Penduka Safaris adapted to the needs of the modern day client whilst keeping each safari an adventure from days gone by.

Born as the middle child of a notorious ivory hunter, the founder of Penduka Safaris absorbed childhood stories about distant unknown places.

“When the family came to visit, we as children pretended to play under the table, but were actually listening to the stories of the hunting days of my father. From my mother’s family who owned a shop at Lake Ngami, we heard about the Kalahari, the Dorslandtrekkers and a faraway place called Ngamiland,” Izak Barnard, now in his 70s, recalled.

Izak’s father was Cecil Barnard, better known by his Shangaan name, Bvekenya (the one who swaggers as he walks.) Bvekenya led an adventurous but hard life of hunting from 1910 until November 1929.

For nearly twenty years, he was an outlaw as he defied the police of three countries by moving the border post at Crooks Corner in what is now the Kruger National Park of South Africa.

These childhood stories, combined with the urge to find out what was beyond the horizon, resulted in Izak exploring the undiscovered beauty of Botswana, then Bechuanaland. He yearned to see Ngamiland and the magical place called Kalahari.

That was an era long before satellite tracking systems, mobile phones, decent maps or even proper roads. However, Izak learnt how to find his way through the bush with the help of the sun and sand dunes, leaving his tracks for others to follow.

After a few expeditions into this vast land, Izak knew he must show it to other people. He established his own safari company and named it Penduka Safaris. “However, I remember clearly how I felt when, on trying to get a party of people together to visit Botswana; they replied that of course they would go if I paid them!”

“Penduka” is a morning greeting word in Herero that means: “Did you get up well?”

Penduka Safaris started off with two vehicles, a few pieces of camping gear that were available in those years, and a lot of audacity from Izak, then in his 30s.

“In the old days, we drove away on safari and it did not matter if we stayed away for sixteen or twenty days. Taking people out on safari then was an adventure. Today it is a profession.” Izak said.

“Those days it took us three to four days on the Kalahari sand roads to reach Maun from the South African border and most of the time we did not see other people on the road. The clients loved the desolation, the vastness of the landscape and of course, the unbelievable concentration of wildlife.”

Willem, Izak’s second son, grew up with the excitement of a long journey in the air. Since he could remember, he knew about provisions being packed in safari trunks, tarpaulins being fastened on roof racks and foreigners with unfamiliar languages showing up on the farm.

Part of his childhood memories were his father returning after many days with dusty vehicles, the smell of Kalahari grass in his clothes and stories of untravelled roads, the kindness of the Bushmen people and sightings of wild animals one could hardly believe.

Therefore, from a very early age, Willem joined his father on safaris during school holidays and memorized everything he could. After school, he studied nature conservation and with his experiences since childhood days he was more than fit to guide Penduka Safaris.

Both father and son have an extraordinary knowledge on the fauna and flora of Botswana, as well as an intimate friendship and knowledge of the Bushmen of the Kalahari.

Initially based and run from Izak’s family farm in the North West Province of South Africa, Penduka Safaris now operates from Sitatunga base camp outside Maun in Botswana.

Unlike the old days of total participation from a client, a Penduka Safaris client can nowadays expect maximum comfort while on a mobile safari.

Gone are the days of clients helping to pitch tents, prepare meals, wash dishes and load and unload vehicles. Camp assistants have completely taken over those tasks and bush chefs provide a variety of well-balanced meals.

In the past four decades, Izak and Willem have driven millions of kilometres in harsh conditions. Hundreds of tyres reached the end of their lives. The Makgadikgadi Pans dried up many times. Lake Ngami is now overgrown with grass and trees. Water and hippos in the Savuti channel is only a memory. Severe droughts and floods have swept over Botswana. The gruelling two track sand road from Lobatse to Maun is now a tarred road, called the Trans Kalahari Highway.

In addition, knowledge was gained, horizons have broadened and thousands of fascinating conversations and joyful laughter filled the starry skies around campfires.

"More important," Izak liked to say, "is that the horizons of the mind were widened."